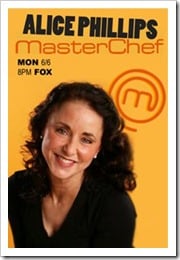 I love watching television shows about cooking and and eating. So when Alice D’Antoni Phillips met our Slatherin’ Sauce demo team member Dwayne in Myrtle Beach and said, “I love your product, and would love to support you in any way I can,” we were intrigued. You see, Ally is one of the 100 finalists who were considered for MasterChef, the Fox television show where home cooks compete to show what they have. We’re eagerly watching the show to see how the competition goes.

Ally used Slatherin’ Sauce to cook ribs for her Memorial Day cook-out and she said. “Slather Brand bottle was on our table last night as we pulled the ribs off the grill…talk about the ‘sounds’ coming from everyone…no words, just sounds…uuuummmmmm,  oohhhhhhhhh, uuutttuuutttuttt…”

Ally used Slatherin’ Sauce to create her own recipe for roast chuck called “Drunken Slather Stringy Beef.” We asked her if we could share her recipe with you and like the gracious lady that she is, she said, “yes.”

Serves: 6 (unless you have people like me who eat Paul Bunyan portions!)

“Drunken Slather Stringy Beef is kinda the epitome of “Bohemian Bold”…taking a ‘peasant’ cut of meat and bringing it to the next level of gourmet and exquisite in its taste and presentation! **Robin’s note for more photos, please view Ally’s Kitchen album.

One thing that I’ve discovered is a product called “Slather Brand”…and, boy, does this take food from being hummmmdrummmm and mundane to having a real buzzzzzz of talk happening! And, it’s talk about how GOOD the food is!

I decided to take a chuck roast, which is a very inexpensive cut of meat, and ratchet it up to luxurious…here’s what you do!”

What you do:
Place chuck roast in roasting pan w/lid. Put EVOO in pan. Rub into meat the garam masala, salt and pepper( both sides). Place shallots and garlic on top of meat. Pour red wine over meat. Cover w/lid and allow to marinade for about 2 to 2 1/2 hours. Meat should be so tender it just falls apart when separated with a fork!

Pre-heat oven to 300. Cover tightly and let roast cook slowly for 2 hours. Remove and drain off all but about 1/2″ of the broth into another container. Pour on Slather Brand Hot Sauce and blend excess into broth. Cover and allow to rest for about 20 minutes.
You may want to add back some of the broth that was reserved.
Garnish with chiffonade cut green onions.

The Slather Sauce is great for dipping the potatoes!!”

Recipe and photos courtesy of Alice D’Antoni Phillips. For More from Ally, go to her Facebook Page